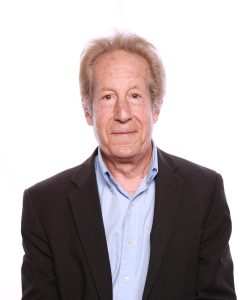 Howard is an experienced business development and product marketing executive. His talent focuses on introducing new digital products and being a door-opener in mobile, digital media, cloud, and cybersecurity domains.

Having held leadership roles in both large and small companies, he is a quick-study at new technical solutions, communicating their core feature/benefits, and creating traction for them in emerging markets.

He is also a communicator and writer, a regular contributor to publications world-wide.

The following members of the Go Associates network are comprised of experts Howard interacts with on various Silicon Valley and global projects.

Dr. Haass, senior consultant, MIT PhD, SIlicon Valley veteran, Professor of Cyber security. He has extensive industry and executive experience working with individuals and company culture or organizational and business development. He is experienced in both startup and large corporations. His current passion is the mentoring and coaching of individuals and groups. Together with colleagues, he offers products and services to assist companies to take full advantage of their valuable human assets. His “Right Livelihood Program” has been well received at Chevron, Intel and other leading companies. During his career, he has founded or been on the founding executive team of 4 startup companies, including OpenTV and Sendmail. While at OpenTV, in the position of VP WorldWide Marketing, he led the growth of the company in preparation for its IPO. Jon spent five years with Sun Microsystems in various capacities, including Group Marketing Manager for Multimedia Products. Jon earned a Ph.D. from MIT and Bachelors Degrees from the University of Wyoming.

Wes is a digital product and network expert, SMPTE fellow, author, and president of Telecom Product Consulting, an independent consulting firm that focuses on helping companies develop and market video and telecommunications products. He is a frequent speaker and analyst for the video transport marketplace. In the past five years he has spoken at IBC, NAB, BroadcastAsia, SMPTE, VidTrans, and a number of other conferences. Wes is author of the well-received book “Video Over IP: A Practical User’s Guide to Technologies and Applications,” 2nd edition published by Focal Press in 2008. Wes has more than 28 years experience in the design, development, and marketing of products for telecommunication applications. Before founding Telecom Product Consulting, he was COO of VBrick Systems, Inc., a manufacturer of MPEG video equipment. Earlier, at ADC Telecommunications, Wes was the director of product management for the DV6000, a market leading video transport system. He previously held a variety of marketing and engineering positions in the telecommunications industry. Wes was a founding member of the Video Services Forum and a member of its board of directors from 1997 to 2001. He holds a BSEE from Clarkson University and an MBA from the University of Rochester.

John Varney, former BBC CTO, is a 30-year veteran of the broadcast industry, is founder & CEO of Maximum Clarity Ltd, helping executives understand the possibilities offered by technology in the areas of business development, internal processes & services. The ventures arm has invested in and advises start-up businesses, based in Europe and the US. As BBC CTO, he was responsible for the overall technology vision, strategy and delivery for the Corporation. Previously with Granada, the UK’s largest commercial TV production company, he was instrumental in the launch of digital broadcasting in the UK and part of the leadership team in Corporate M&A involved in the delivery of an IPO and flotation of Granada Media from the parent organization. While with Granada, he also acted as adviser to Channel 7 in Australia and the Australian Government. He enjoys bringing his experience to a new generation of technologists and business leaders through lecturing at Universities and Conferences worldwide.